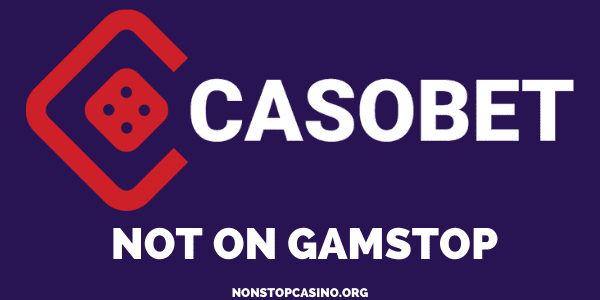 Not Paying Money Out

CasoBet Casino is an international gambling site that has been added to the blacklisted operators. This results from poor performance and failure to provide a platform beyond aesthetically pleasing and game attraction. Their untrustworthy nature has been a blemish to the iGaming industry. Cultivating bad relationships with gamblers is a big no. That’s why UK users should generate new relationships with other reliable brands.

Most of the complaints are related to customer support and misleading bonus. Customers felt tricked by the extravagant promotional offers, only to find excessive wagering requirements that made withdrawals impossible. Support ignored patron issues, increasing discontent. Luckily, for British players, our platform offers plenty of casino sites that operate independently waiting to accept and provide them with the service they deserve.

Reasons Against Playing at CasoBet

CasoBet Casino was not appropriate like it was supposed to be towards customers. Their unsatisfying features generated a disagreeable relationship. This poor conduct provided pushed them to be excluded from the UK market. These issues further highlight the logic behind GB gamblers being better off in more pro-player establishments. Their problems are many and we aim to highlight the reasons for their ban below.

One of the reasons that led them to be prohibited in the United Kingdom is, they refused to pay out customers. Whenever gamblers needed to withdraw their winnings, an error message would appear. The balance reflects in the player accounts, however, it was not possible to acquire it. Adding further grievance, they still allowed users to deposit funds which lead to further frustrations.

While complaints and discontent are commonplace in the iGaming industry, the grievances toward CasoBet are insurmountable. The numerous user criticism cannot be ignored as they highlight a serious problem with the brand. No proponents came out of the woodwork to counterbalance the negative remarks and issues. Neither did the site see it fit to address anything relating to player dissatisfaction.

CasoBet seems to relish its poor reputation. This is seen by how they brazenly state certain features exist when in actuality they don’t. Features such as eSports games don’t work like promised, including turbo games. They perform more like a scam site than a legitimate online gambling establishment. They create a false illusion of benefits that players can have, while simply syphoning money and wasting customers’ time.

Customer Support Is Not Helpful

The CasoBet Casino support team has come under fire numerous times. A brand is as good as the helpfulness of the client service crew. In the case of this platform, the lack of contact, or even the disrespectful manner players were treated did nothing to alleviate the distress. Additionally, the lack of English-speaking agents created communication issues. Some players surmised the customer agents were possibly one person.

CasoBet Casino is an independently licensed site. Most players have found its exclusive promotions and interesting games appealing. But, a lack of good reputation and stellar support doesn’t give credence to its existence. Fortunately for explorative gamers, there are plenty of reliable and pro-player sites with similar offerings in the games and bonus department. Besides being recognisable, they keep the fun and entertainment value that players seek.

What’s the reason that you don’t recommend playing at CasoBet anymore?

While there are many compelling reasons why CasoBet is not recommended, we will point out a few essentials. Playing in an online casino is a pastime of fun and winning some real cash. This brand has become synonymous with not paying out players. Furthermore, their misleading nature of declaring features later to be found missing shows a lack of core values and principles.

Where do I play now?

There is no need to worry, plenty of independent casinos exist that welcome British players. We’ve also compiled a comprehensive list of these sites. This is in tandem with reviews so that you get a clearer picture of what each brand offers. Visit our site to see the alternatives to CasoBet and take pride in fostering a relationship with their players, while still being generous with their promotions.

At least I knew that playing at CasoBet casino was legal. Can you say the same about other independent casinos?

Yes, we are confident in the legal status of the various platforms found on our site. As offshore casinos that are not affiliated with UKGC, British gamblers can still sign up and play on them. Gambling in the UK is not legal and neither is offshore participation. For that matter, independent casinos can operate and offer players establishments that cater to their needs.

What casinos would you recommend playing at instead of CasoBet?

Casinos to recommend instead of CasoBet are reputable brands which include GoldenBet and MyStake. Both casinos provide exclusive games and promotions for customers. Terms of bonuses are fair and transparent, making it easier to opt-in or out of them. Withdrawals are processed promptly and most importantly, their customer support teams work to resolve any issues. Player reviews are also favourable.

Other Blacklisted Sites for British Players to Avoid

With all factors indicating an untrustworthy and borderline fraudulent casino, it’s always in the player’s best interest to be vigilant. Due diligence is important as it prevents you from falling victim to unscrupulous platforms. The sad reality is that Casobet Casino is not the only site that is blacklisted. Below we identify the other sites that Brits should avoid. 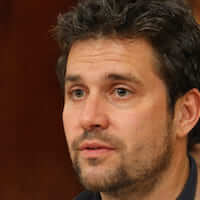 Dear readers! My name is Rob Davies and I'm a journalist from the United Kingdom. After graduating from LSE, I started writing articles about the online gambling industry and problem gambling as one part of it. After years of working, I've got an invitation from NonStopCasino.org to become one of the authors on the site and share my expertise. I'm available 24/7 so if you have any recommendations/questions that you want me to cover, drop me a line via e-mail or "Contact Page" (mention my name in the "Subject").